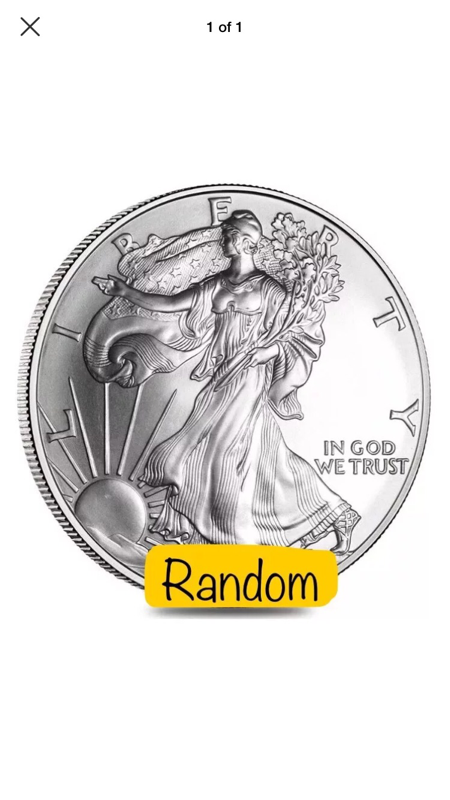 26.50The American Silver Eagle is by far the most popular coin in the world. Conceived in 1985 and unveiled in 1986 for the first time, these 1 oz silver coins are the official bullion coin of the United States. Each year, the US Mint strikes these coins in bullion, proof, and burnished versions for investors and collectors alike. Right now, JM Bullion offers the American Silver Eagle with varied years of mintage.

The Silver Eagle coin is currently the single most popular product in the world. With the onset of the Great Recession and the immense demand for silver, the American Silver Eagle experienced a surge in popularity.

The reverse face of Silver Eagle coins feature the design of the heraldic eagle of the United States. This design was created by former-Chief Engraver of the United States Mint, John Mercanti. It features an American bald eagle with a heraldic shield in front of it, with arrows and an olive branch in its talons.

American Silver Eagle coins available in this product listing come from varied years of mintage. The years of mintage you receive depends upon the availability of coins at the time your order is fulfilled and shipped.

​​​If you have any questions, please don’t hesitate to ask. Sheaffer Select associates are available at 844-874-3233, online using our live web chat, and via email. To see similar products, check out our full selection of Junk Silver.