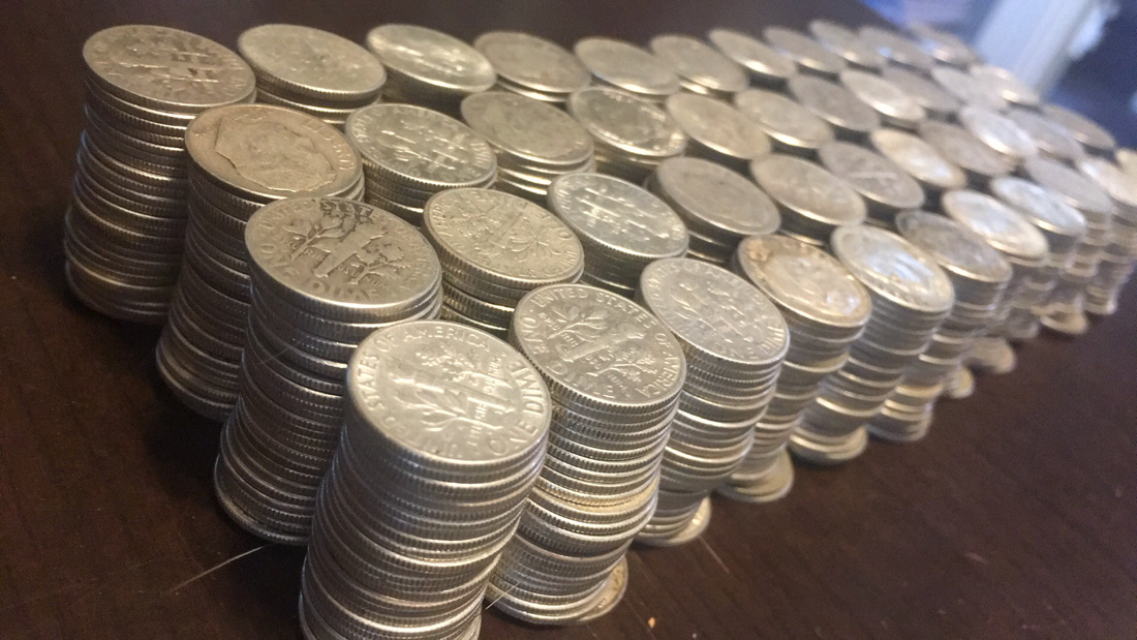 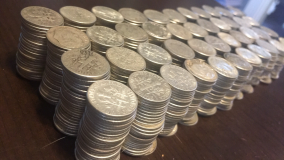 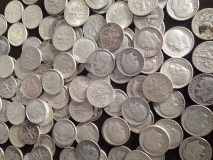 President Franklin D. Roosevelt is the only president in American history to serve more than two terms in the White House. Elected to a record four consecutive terms, his fourth term was cut short by his sudden death as World War II wound down. Today he is remembered on the face of the US dime. Right now, 90% Silver Roosevelt Dimes are available to purchase.

​In this product listing from Sheaffer Select you have the chance to purchase a roll of US Dimes totaling $5 (USD) in face value. These coins feature the design of President Franklin D. Roosevelt and the olive branch/torch/oak branch combination from John R. Sinnock.

These Roosevelt Dimes are unique in that they contain 90% silver content in their makeup, which means the date marks featured on each coin in the $5 Roll must fall between the coin’s introduction in 1946 and the 1964 issue year. The Coinage Act of 1965 changed the silver content of American coins, with the dimes struck after 1964 including 75% copper and 25% nickel.

Roosevelt Dimes were introduced by Virginia Congressman Ralph H. Daughton soon after Roosevelt’s death in office in 1945. Roosevelt’s image replaced the Winged Liberty, or Mercury Dime, design for the US ten-cent piece that had been in use since 1916. Sinnock, the Chief Engraver of the US Mint at the time, became the first mint employee to create a regular-issue US coin design in more than 40 years.

On the obverse of the coin is a left-profile portrait of Franklin D. Roosevelt, the only man to hold the office of President of the United States more than the then-common two terms. Following Roosevelt’s presidency, US law was amended to prevent presidents from holding office more than two terms total, as prior to Roosevelt’s term it was only customary for men to step down after two terms in honor of George Washington’s choice following his time as the first-ever US President.

The reverse of the coin was also designed by Sinnock, and features the torch of Liberty in the center, olive branch of peace on the left, and the oak branch of civic achievement on the right. Engravings including the nation of issue, national motto, and face value of the coin.

​If you have any questions, please don’t hesitate to ask. Sheaffer Select associates are available at 844-874-3233, online using our live web chat, and via email. To see similar products, check out our full selection of Junk Silver.